Spicy idea by „Magic Mage Masters“ competitor Ginja_Ninga: combining Skred Red and BW Smallpox. Will this work in Modern? In this article, we dive into the decklist and I will share my thoughts. 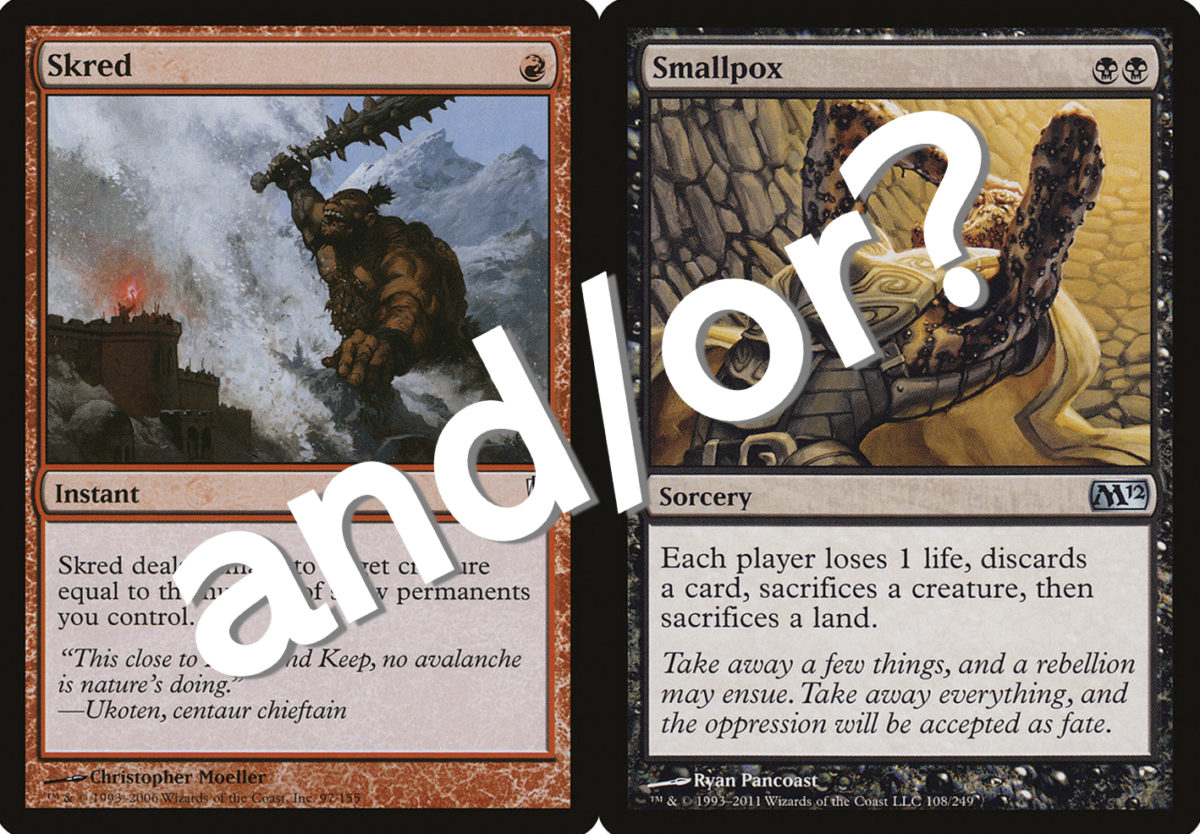 Not long ago, „Magic Mage Masters“ competitor Ginja_Ninga shared his Skred Pox Modern list in the Discord and asked me to have a look at it. Of course I do. I like to check other‘s brewing ideas. So, before we start with the commentary section. Here you will find the decklist:

2 Anger of the Gods

As you already expected from the article‘s title, this deck is a hybrid of two non-tear Modern decks, which show up from time to time: Skred Red and Smallpox. Both decks are fun to play and have the ability to shake up local tournaments or Modern FNMs. I faced both of these decks several times. And I had really hard times against BW Smallpox. However, the deck here has the amenities of both decks combined. For this reason I call it a ‚hybrid‘.

In the following lines, I will not go in detail for every single card in this deck. But I will focus on some of the deck‘s most relevant cards and some spicy ideas.

As the name of the deck already indicates, Skred

is a must in this hybrid deck – if we follow the deck‘s name. Taking down big creatures for only one red mana, this is a big thing. Nevertheless, the card can also be very useless if my opponent does not play creatures. And, as playing a hybrid version, maybe it will be hard to find enough snow permanents? If you are successful, of course, Skred

will be a big hit (if there‘s a creature on the battlefield).

The other name giving card is Smallpox

. A very strong card that can do many things starting on turn two. However, now the deck is 3 color, so it may be a little bit harder to find the double black. Yet, this should not be a difficult thing in Modern, as mana bases forgive a lot in this format. Smallpox

really shines in turn 3, when one has a Flagstones of Trokair

on the board. Or turn two with Urborg, Tomb of Yawgmoth

on the battlefield. Anyway, I was wondering why there is no Urborg, Tomb of Yawgmoth

in the main deck. Because Bloodghast

is also a double black mana creature. Tomb could fix this issue with the „it‘s turn 2 and I need double black in my 3 color deck“. Allright, let‘s move ahead and put an eye on a super sweet new addition:

First of all, I was surprised to see this Chandra here. It was nice and I liked it! Her minus ability allows to recast Smallpox

in turn 4. The top 0 ability will not do much in this deck. But the second 0 ability can close a game very fast, if combined with some removal and Smallpox

spells. There are 14 potential targets in this deck for the minus ability. Unfortunately, Arcum's Astrolabe

and On Thin Ice

do not pair very nicely with Chandra.

Another interesting card is Dreadhorde Arcanist

. A turn two creature that can attack for one damage in turn 3. Not a big thing actually. Anyway, the upside of the card is the triggered abbility during attack phase. By recasting an Instant or Sorcery from the graveyard, Arcanist brings some sort of free Snapcaster-Value. What are the potential targets in this deck? Only one: Skred

. As Arcanist will never be stronger than 1 power. To be honest, this does not look satisfying for me, as many times there will be no Skred

in the graveyard and attacking for 1 damage every turn is not a big thing. Dreadhorde Arcanist

shines with discard spells such as Thoughtseize

and Inquisition of Kozilek

. In my opinion, these cards are a must in this deck and fit very well with Arcanist. I am not a pro, but I would recommend to play 6-8 copies of one drop discard spells. Anyway, also Lightning Helix

seems not to be a perfect buddy for Arcanist. I think Lightning Bolt

would do a better job because CMC 1.

In the current version of the deck, however, Dreadhorde Arcanist

. This allows to grow Arcanist in order to recast Smallpox

(need to look for Bloodghast

on your side, as you don‘t want to sacrifice the Arcanist himself) by giving him +1 power and draw a card. Then Dreadhorde Arcanist

will become really good. Yet, is Defiant Strike

good enough for this deck?

We see that the hybrid suffers from lacks of discard spells from the BW Smallpox deck. On the other side, there is also a lack of snow permanents from the Skred Red deck. In the hybrid version, next to the basic snow lands, I see only one copy of Scrying Sheets

and six snow permantents which are not lands. Actually, this card is a powerhouse in Skred Red. Of course, if there are not enough snow targets, this land gets worse in a 3 color shell.

On the one hand, however, this card showed me that the hybrid version looks very interesting and satisfies my inner brewer nerd. On the other hand, in the current version, the deck needs more refinements. In addition, the mana curve is very low. In this regard, 24 lands seems to be a lot – by not saying „too much“. There could be some more space for the missing discard action. I am also not sure how important the one of Kaya's Guile

is. It looks like a filler that doesn’t combine well with the rest of the deck.

This hybrid version is hard to evaluate. However, I love to see players brewing and also bringing together the best of their beloved decks. This is what Magic is all about! Playing something you like and not to be obliged to play something that is the best but you don‘t like. Anyway, the article’s teaser image asked a question that I want to answer:

For brewing and fun, I would anser: AND! For tournament play, I would answer: OR. In my personal perspective, I would go for the BW Smallpox plan. It is effective and fun too. Only for you, not for your opponent. In sum, building hybrinds seems not to be optimal for competitive play, as mixing two ganmeplans can be difficult. Yet, two gameplans in on deck can (maybe) give mor flexibility and more fun to play. This is also an important argument.

I hope you had a nice read. It would be interesting to read your opinions on hybrid decks. Do you have any experiences? Please let us know in the commentary section right here below. All the best, Magic Nuss 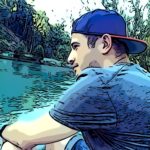