After the forced break last year, the Aarebogemagic association was able to do the SMM this year.

My last large Magic the Gathering event has been Magicfest Lyon on 6-8 March 2020. In 2021 there have been no large paper Magic events at all. People have been enthusiastic last weekend to play at the SMM.

We offered 3 main events and various side events. Modern with 160 players and sealed with 64 were both sold out, Legacy had 77 players. In the afternoon, we did a Tiny Leaders tournament that even motivated some players to travel all the way from Germany, and on Sunday we had an additional Modern side event tournament. Many people also enjoyed a draft of Modern Horizons or Mystery. The Commander Zone was open to everyone, some players enjoyed our achievement tokens system.

After 8 rounds of Swiss, we had a top 8. The winner of the tournament is Domenic Brehme, he travelled all the way from Frankfurt to play at the SMM. He won the finals with his Yorion Thoptersword deck against Jari Rentsch on Death & Taxes. Congratulations! The Decklists of the Top 8 are available on mtgtop8.com. The archive of the Modern Stream is on Youtube.

The 77 players in the Legacy tournament took 7 rounds of swiss to determine their top 8. The top 8 is diverse, but the final was dominated by Modern Horizons 2. Elie Jeannerat won the UR Murktide mirror against Janosh Georg. Congratulations! The Legacy deck lists of the Top 8 are also available on mtgtop8.com. The archive of the Legacy Stream is on Youtube.

In the sold out Limited tournament, we played 6 rounds of sealed with Innistrad: Midnight Hunt. The top 8 then proceeded to a 8 player draft. The finals were won by Felix Ackermann against Samuel Marti. Congratulations!

We don’t have decklists of the draft, but we did get a picture of the winning deck:

5 traders from Switzerland and France set up their shops at the SMM to sell and buy singles and Magic product.

With so much brain power to spend, good food is important. Iris and her crew again provided us with delicious food.

Thanks to our sponsors and the traders, who helped to cover the costs of the event: Carab, Card Council, GoodGames Bern, Magic Monk, Relic, Ultimate Guard, Zwergenschmiede.

See you next year – or even earlier

We hope to also organize the SMM next year. You can help us by signing up as a member of the Aarebogemagic association. The association also offers other events besides the SMM to its members.

We need people to help organizing or help on site during the SMM weekend. If you are motivated to help, talk to the Aareboge Magic members or write us an email to info@aarebogemagic.ch.

In Bern, there are weekly leagues for both Legacy and Modern. Legacy (proxies allowed) is every Tuesday evening at the Zwergenschmiede. Modern is on Wednesdays in Goodgames. Come by and and play some matches! 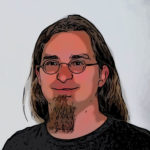